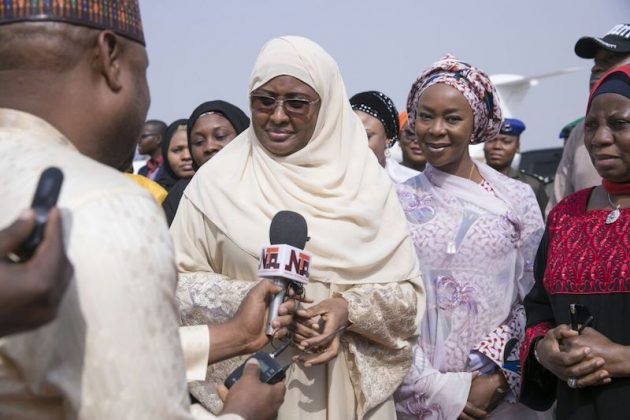 Aisha Buhari, the wife of Nigerian President Muhammadu Buhari has denied any face-off between her and her husband.

Recall that Aisha has reportedly been out of the Country for over two months now and her absence is in protest of the recent happenings in the Presidency.

Her absence became obvious after she did not appear alongside the President at some important official functions.

However, while speaking on her long absence, Aisha Buhari said she was absent to be with her children in the United Kingdom.

She made this known in an interview with the government-owned National Television Authority (NTA), shortly after she returned to Abuja around 5 am on Sunday morning.

The first lady said she also saw her doctors while she was away.