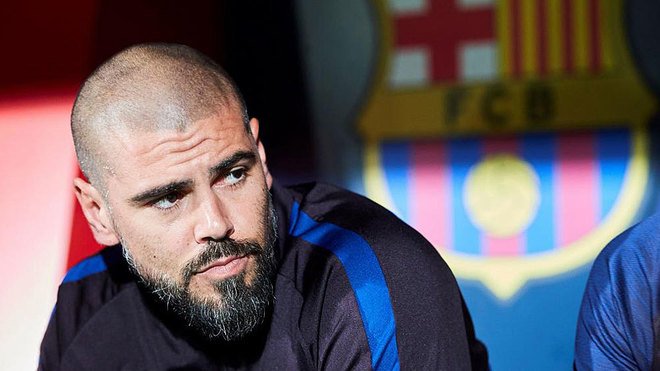 Barcelona has sacked it under19 players head coach, Victor Valdes over an alleged misunderstanding between him and the club’s head of the academy, Patrick Kluivert.

Naija News Understands that the former goalkeeper’s tenure was cut short prematurely after he was not seen on the sidelines, during Barca U19’s 2-1 win at Gimnastic de Tarragona on Saturday.

Naija new learnt that the dispute centered around tactical decisions and the team’s formation. The disagreement reached a tipping point last week and Valdes did not appear on the sideline for the U19s during their 2-1 win last Saturday.

Meanwhile, Valdes, having forehand knowledge of the handwriting on the wall and politics in the management hadr informed his players he wouldn’t be traveling with them for the fixture with Tarragona. The 37-year-old spent 14 years at the club as a player before returning last July.