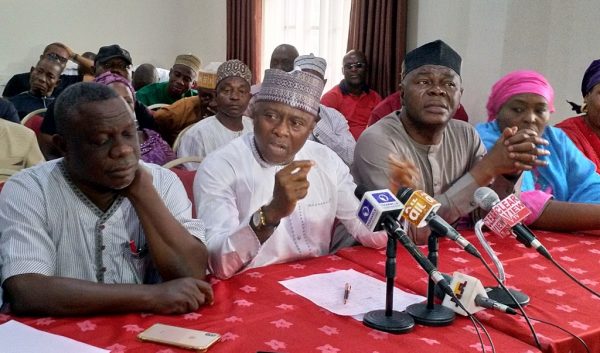 The Kogi State chapter of the Peoples Democratic Party (PDP) has selected Hon. Yusuf Ayo Tajudeen as the Director-General of the party’s campaign for the governorship election scheduled for November 16.

Naija News reports that Tajudeen is a member of the House of Representatives representing Kabba/Bunu/Ijumu federal constituency.

Recall that Senator Dino Melaye and the state’s former governor, Ibrahim Idris, had both rejected the party’s offer that they should become the director-general of the PDP Kogi State Governorship Campaign Council.

The PDP was said to have appointed Yusuf for the position without making a public show of it because of the previous rejection by Senator Melaye and Idris.

A party source told the Nation that the PDP decided to make Yusuf’s appointment a quiet affair to avoid another embarrassing situation.