Why We Raided Frasier Suites In Abuja – Customs | Naija News 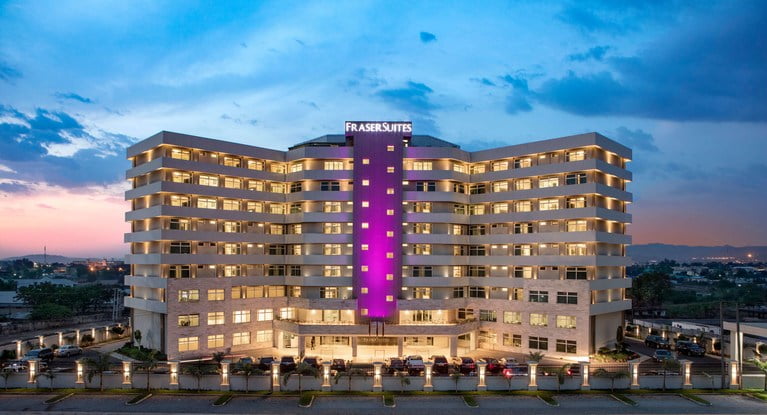 The Nigeria Customs Service (NCS) says its officials raided Frasier Suites in Abuja, Nigeria’s capital because of an intelligence that some vehicles without customs duty were removed from a car mart at the hotel.

Naija News reports that the Custom’s Public Relations Officer, Joseph Attah, made this known in a rejoinder issued in Abuja on Thursday.

The Customs spokesman insisted that the operatives did not go as far as disturbing guests in the hotel rooms.

According to the statement, “The attention of Nigeria Customs Service (NCS) has been drawn to misinformation making the rounds concerning visit of our operatives to an Abuja Hotel to remove suspected smuggled vehicles Thursday.

“Our operatives, relying on intelligence that owners of some exotic cars (including bullet proof) without duty payment quickly removed their vehicles from a car mart and took same to Frasier hotel Abuja.

“On arrival at the hotel, our operatives interacted with the manager and eventually left with 4 vehicles leaving 6 behind, while expecting the manager to provide the keys to the cars left behind,” the statement added.

Naija News understands that the manager of the hotel, Thursday morning, gave a written undertaking to produce a Customs vehicle duty payment documents to support his claim that the vehicles were not smuggled.

“We assured him of prompt release of the vehicles as soon as evidence of appropriate duty payments are presented.

“Unfortunately, we woke up to mischievous misrepresentation of an otherwise professional engagement with the manager that had nothing to do with the guests in the hotel.

“Some even went as far as saying that the operatives went from room to rooms waking up guests to come out for vehicle verification. Nothing could be farther from the truth.

“NCS did not do such thing and has no intention to start raiding hotels. Our operatives never infringed on the rights and comfort of guests in the hotel.

“While advising Nigerians to be wary of social media posts, we urge members of the public to discountenance the fabrication as NCS will continue to work in the interest of Nigerians.”