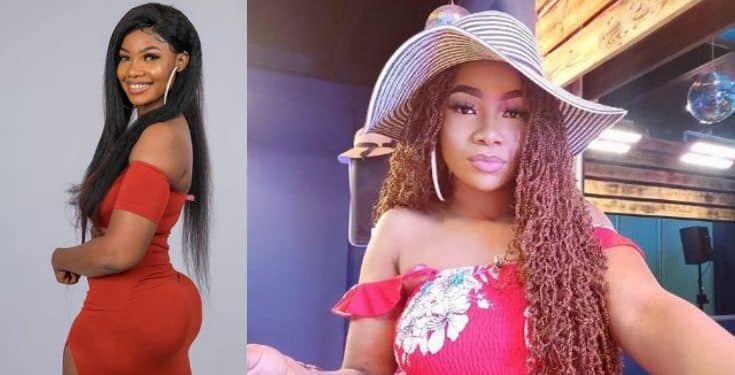 A video surfaced on Thursday, September 26, showing Tacha’s billboard been destroyed by mobs in Owerri, the Imo State capital.

Naija News understands that the mob consisting of a group of touts, pulled down Tacha’ billboard with inscriptions canvassing for votes on her behalf to win the ongoing Big Brother Naija (BBNaija) reality show.

Some of the fans of the Tachs’s co-housemates, Mercy and Eke were apparently displeased by the move because they felt that Tacha, who resides in Port Harcourt, should not ‘encroach’ into Mercy’s territory in Owerri.

However, the billboard belonging to Tacha has been pulled down and has now worsened the unhealthy rivalry between the two teams.

Live in the capital city of Eastern Heartland, Imo State is a billboard of Queen Tacha, all thanks to Sojarextmt. The rallying call is for all to keep voting the content maker, Queen Tacha.