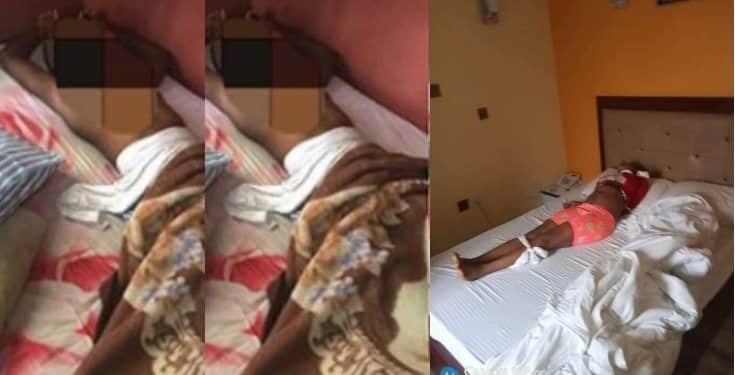 The Rivers State Police Command says its operatives have apprehended two suspects connected to the murder of two young girls at a Portharcourt hotel.

The arrest comes in just days after Naija News reported that a middle-aged lady was strangled in the Portharcourt hotel located in the Rivers State capital.

The suspects were arrested after intelligence scrutiny of the Closed Circuit Television (CCTV) installed in the hotel.

The state Commissioner of Police, Mustapha Dandaura who gave an update said the hotels in the state have reached an agreement to install CCTV cameras in the hotel. The move according to the Police boss is to curb against the activities of killing in hotels in the state capital.

He said an ultimatum has been arrived on and noted that any hotel that fails to comply by installing the cameras on or before the expiration of the deadline would be shut down.

While speaking on the arrest of the suspect, the Commissioner of Police added that one of the suspects was arrested in Kaduna after a young lady reported that he was trying to lure her to a hotel with a promise of paying her N30,000.

In his words, he said; “So far, we have made substantial progress in the investigation of these killings. In one of the cases, the actual murder suspect has been arrested and he is making useful confessions. He would have been paraded today (Tuesday), but we are still working on some clues given by him that may aid our investigation.

“Regrettably, it has come to my notice that some hotels have yet to comply with my directive on CCTV camera, hence my order to arrest the managers, receptionists and desk officers in two hotels, where two separate murders were recorded.

“They will be investigated and if found culpable, charged with culpable homicide. Today, I want to reinforce our commitment to tackling the menace and assure you that we have come to the end of this monstrous act by desperate cultists and ritualists.”

Asides pleading with hotel owners not to accept guests on short stay as against a day or more which is the standard in many hotels, Dandaura also listed confirmation of guests’ phone numbers, identity cards and the registration of visitors by hotel managers as other check-in and check-out procedures to tackle the hotel killings.