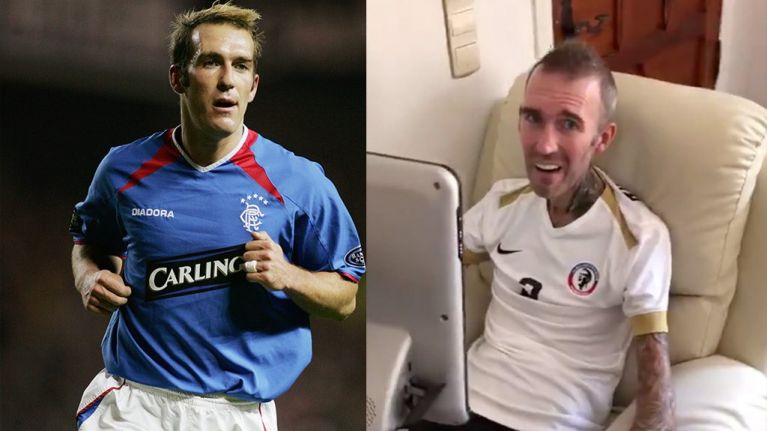 Former Rangers defender Fernando Ricksen passed away on Wednesday morning at the age of 43 years following his battle with motor neurone disease.

Naija News reports that Ricksen had revealed he had motor neurone diseases in 2013.

Fernando spent six trophy-laden seasons at Ibrox having initially joined a number of other Dutch players under manager Dick Advocaat in the summer of 2000.

Signing from AZ Alkmaar, he endured a difficult start to life in Glasgow, but in typical Fernando fashion, he worked hard in the face of adversity to become a mainstay in the side when Alex McLeish took over as manager in December 2001.

A member of the Rangers Hall of Fame, he also won 12 caps for his native Holland.

Fernando Ricksen left behind his wife Veronika and daughter, Isabella.