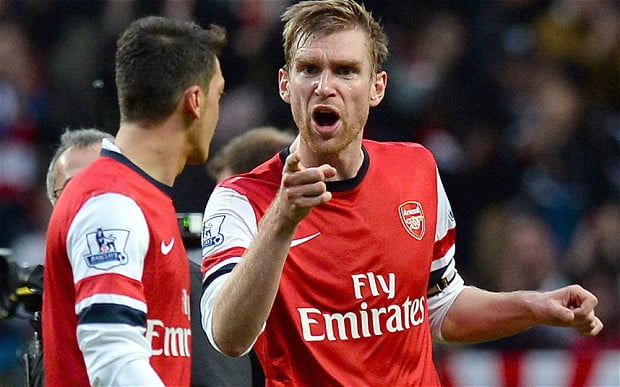 Former Arsenal captain and currently academy manager, Per Mertesacker, has admitted that the laid-back attitude of Mesut Ozil usually leaves him really angry for days and weeks.

He, however, described the former German international as a genius with the ball.

Speaking ahead of Arsenal’s English Premier League clash against Watford, Mertesacker said: “First of all Ozil loves playing football. It doesn’t come across so often.

“He is a genius in terms of what he can produce with the ball, you can see that in every training session.

“Once he gets the ball, he’s rested. He thinks he is playing in the park. He can deliver the ball that no one else can deliver. He has got that magical sense.

“But he is not the kind of guy who approaches people and says, ‘You need to do this, that and that’.

“He’s a different character and sometimes I struggled with that. Sometimes I was really p**sed with him for days and weeks.

“But he delivered magic moments for us, moments when you thought he could go to another level.”