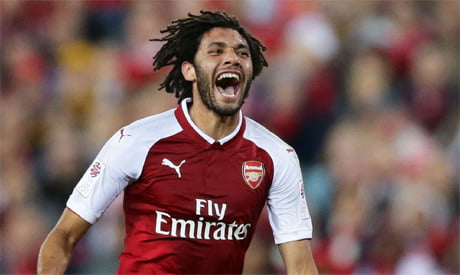 Arsenal’s Mohamed Elneny has joined Turkish Super Lig side Besiktas on loan for the rest of the season.

Elneny joined the Gunners in January 2016 from Swiss side FC Basel, where he had won four successive league titles and played in three successive Swiss Cup Finals.

During his time at Arsenal, Elneny made 89 appearances in all competitions and has been a regular in the Egypt national team, featuring for his country in the 2012 Olympics and the 2018 World Cup.

He was also a runner-up in the 2017 Africa Cup of Nations.

The signing of Dani Ceballos, as well as the emergence of Joe Willock and Matteo Guendouzi, has rendered Elneny surplus to Unai Emery’s plans.

Turkey would be a good option, as playing for Besiktas would help Elneny to resurrect a somewhat faltering career, which has slightly stalled since the start of last season.