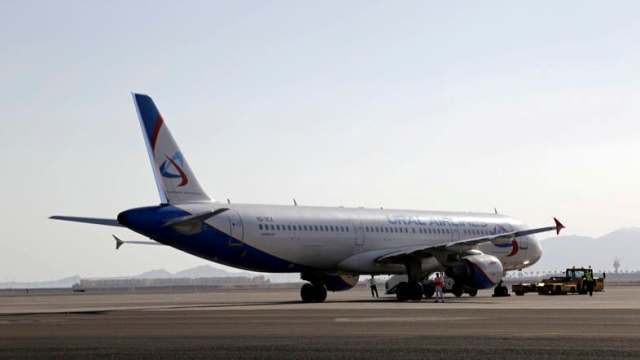 At least 23 persons have been left with various degrees of injuries after a Russian passenger plane with 233 people on board made an emergency landing in a cornfield on the outskirts of Moscow after striking a flock of birds shortly after take-off.

Naija News understands that the incident occurred on Thursday, August 15.

While confirming the incident, the Ministry of Health said 23 people had suffered injuries, but that nobody had been killed.

The plane was identified as an aircraft belonging to Ural Airlines, Airbus 321 which was reported to have descended in a field southeast of Moscow after striking a flock of gulls, disrupting its engines.

This online news platform understands that the plane came down more than 1 km (0.62 miles) from Zhukovsky International Airport.

In a report on Thursday, the pilot, Damir Yusupov was described a “hero,”for saving the lives of 233 passengers under his care in the cause of the flight.

The report applauded the pilot for “having masterfully landed a plane without its landing gear with a failing engine right in a corn field.”

Spokeswoman for Russia’s civil aviation authority, Elena Mikheyeva, said the engines of the aircraft were turned off when it made the emergency landing and it also had its landing gear up.

One of the passengers who survives the incident narrated as thus; “Five seconds later, the lights on the right side of the plane started flashing and there was a smell of burning. Then we landed and everyone ran away.”