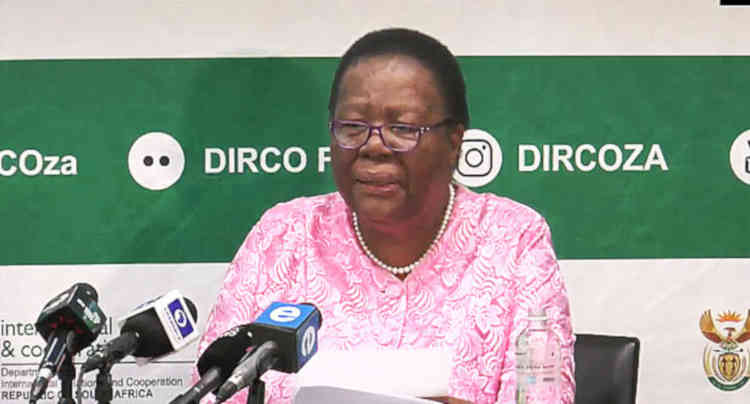 South Africa’s Minister for International Relations and Cooperation, Naledi Pandor has denied reports of targeted killings of Nigerians in her country.

Naija News understands that Pandor denied the killings alongside the country’s Minister of Police, Bheki Cele.

They denied the reports of the killings of Nigerians in their country while reacting to a planned protest by the National Association of Nigerian Students (NANS).

The reactions of the South Africa’s nationals comes after some members of NANS in their hundreds took to the streets to protest and to shut down all South African-owned businesses in Nigeria due to frequent xenophobic attacks on Nigerians.

However, Pandor in her reaction said that this development did not reflect the strong relations between the people and the government of South Africa and Nigeria.

She said, “The protests are said to be in response to alleged killing of Nigerians by South Africans, as you are aware, these allegations are devoid of truth, they are reckless and unwarranted.

“We find these statements most unfortunate and they don’t reflect the strong relations that exist between the people and the government of South Africa and Nigeria.

“Firstly, there is no targeting of any group of Africans in South Africa, secondly, our law enforcement agencies are making every effort to fight crime and arrest criminals.”