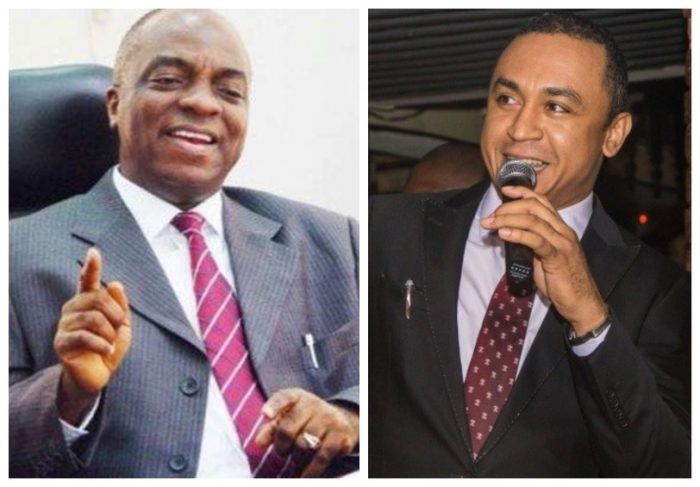 Naija News understands that Freeze subjected the general overseer to fresh attach while reacting to Oyedepo’s action, cursing the herdsmen who killed one of his pastors.

Recall that Oyedepo had on Thursday night placed curses on alleged Fulani herdsmen who killed one of his pastors, Jeremiah Omolewa. The bishop was visibly angry when he placed the curses.

Meanwhile, while reacting to Oyedepo’s cursing of the herdsmen, Daddy Freeze described the action of the bishop as ungodly and not Christlike.

He said Oyedepo had shown that he is not Christlike in action and leading Christians astray; Freeze took to his Instagram handle to air his views about the action of the general overseer.

In his words, he said; “Ewo n’ tepe.. In Jesus name we have cursed…? What an unchristlike soul leading supposed Christians.?”

According to Daddy Freeze, 1 Thessalonians 5:15 also said “Make sure that no one repays evil for evil. Always pursue what is good for one another and for all people,” while Exodus 23:4, said “If you come upon your enemy’s ox or donkey that has strayed away, take it back to its owner.”