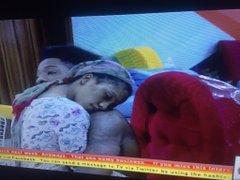 Watch the part six of Ike and Mercy hot romance below…