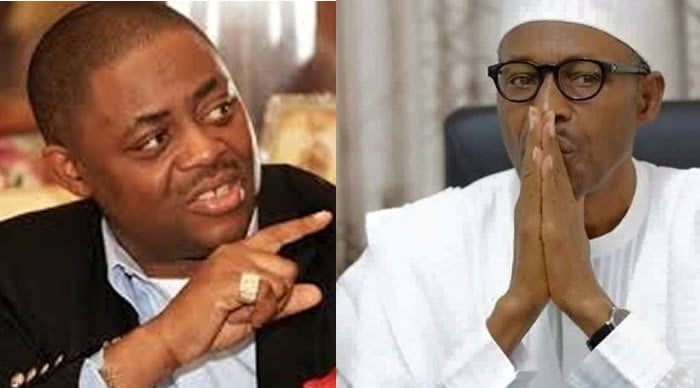 Former Aviation Minister, Femi Fani-Kayode has condemned the proscription of the Shiites Islamic Movement of Nigeria (IMN) popularly known as the Shiites group.

Naija News reports that the former aviation minister while condemning the proscription of the group, alleged that the declaration of the Shiites group as a terrorist group was part of the agenda of President Muhammadu Buhari.

The Nigerian Government had secured a court’s order declaring the movement terrorist group on the heel of several protests which had led to loss of lives and properties.

Fani-Kayode took to his Facebook account to air his view where he also said he would stand by the Shiites in this difficult period.

He wrote on his Facebook Wall: “You killed 7 of his 8 children leaving him with only one. You shot his wife in the stomach four times and have kept her in illegal detention ever since.

“You shot and blinded him in one eye, put him in a wheel barrow, arrested him and have kept him in illegal detention ever since. You killed thousands of his followers including women and children over the last four years.

“Now you have proscribed his IMN organisation simply because they insisted on his release and demonstrated on the streets. You did all this to him and yet he still stands tall. Can’t you see that you have failed?

“We Christians of Nigeria will never forget the way in which Ibrahim El Zak Zaky and his Shia Muslims protected and assisted our brothers and sisters in the north over the years when the salafist, wahabbi Sunni fundamentalists slaughtered us like flies.

“We stand by them at this difficult time, we condemn the proscription of the IMN, we declare that they are NOT terrorists and we say “NO” to the tyranny of Buhari and his evil agenda.”