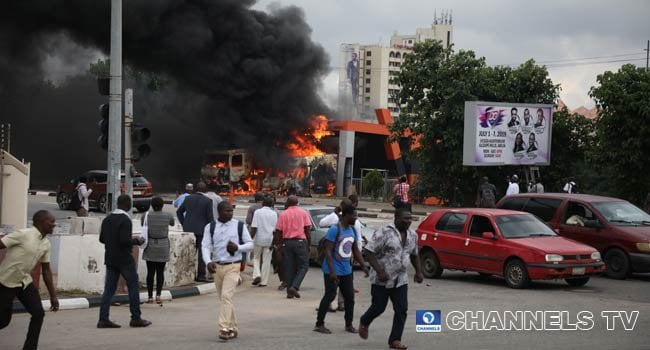 Precious Owolabi, a reporter with Channels Television who was shot at the scene of the clash between members of the Islamic Movement in Nigeria (IMN), also known as Shi’ites, and the police, has passed away.

Naija News reports that the death of the reporter was announced during the 10 pm news bulletin of the station.

This online news platform understands that late Owolabi was identified as a member of the National Youth Service Corps (NYSC).

Naija News had reported earlier that the Shiite members clashed on Monday after the group dared the government that they were ready to continue their protest until the government considers releasing their leader, Ibrahim El-Zakzaky.

During the protest, the police fired gunshots and tear gas to disperse the protesters.