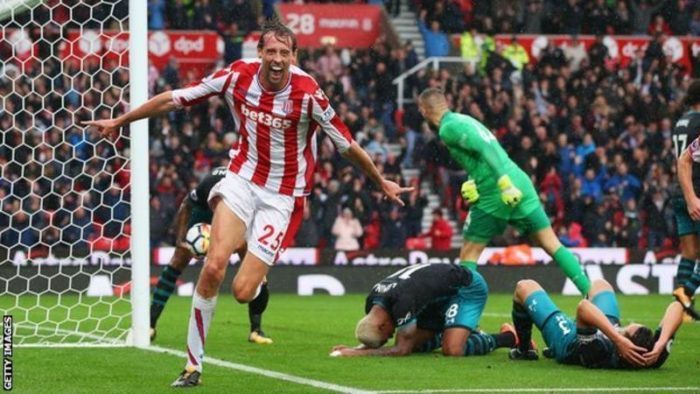 Former England striker, Peter Crouch on Friday announced his retirement from football after about two decades of practice as a professional footballer.

Naija News understands that Crouch retired at the age of 38. after two decades as a professional.

Crouch had spent the second half of last season at Burnley, made his English league debut in 2000 at QPR and also played for Liverpool, Tottenham and Stoke.

He made his England debut against Colombia in May 2005 and went on to play 42 times for the Three Lions, scoring 22 goals.

The former Liverpool player confirmed his retirement on Twitter, writing: “After a lot of deliberation this summer I have decided to retire from football! Our wonderful game has given me everything.

“I’m so thankful to everyone who helped me get there and to help me stay there for so long.

“If you told me at 17 I’d play in World Cups, get to a Champions League final, win the FA Cup and get 100 @premierleague goals I would have avoided you at all costs.