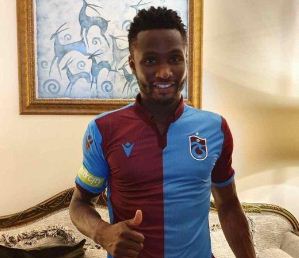 The 32-year-old, who won the Champions League with Chelsea in 2012, has an option of an additional 12 months.

Mikel is currently with the Super Eagles of Nigeria at the Africa Cup of Nations holding in Egypt.

“A two-year and an additional year agreement was signed with the free captain of the Nigerian national team,” the Turkish club announced on their website.

Trabzonspor already has compatriots Ogenyi Onazi and Anthony Nwakaeme in their squad and will compete in next season’s Europa League after finishing fourth in the 2018-19 season.