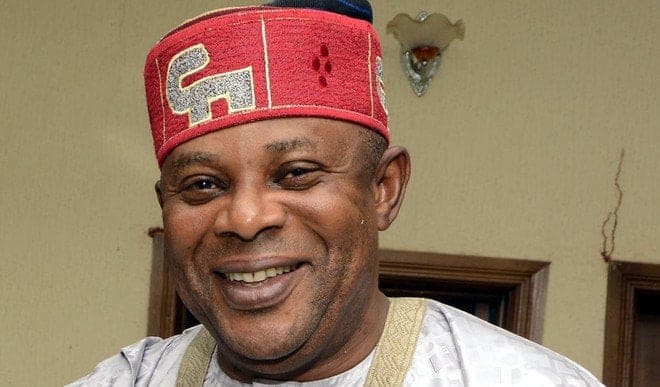 Member of the House of Representatives, Hon James Abiodun Faleke, on Friday declined offers from the people of Kogi West Senatorial district to contest the governorship ticket of the All Progressives Congress (APC) in the forth coming November 16 governorship election in the state.

Naija News understands that in his reply to the pleas to contest, Faleke asked the people to choose a candidate with the interest of the area at heart.

Faleke made this known while speaking at a meeting of stakeholders from the area in Abuja on Friday.

He told his people that he was back to Lagos where he was trained politically and would support any candidate selected by them with the aim of representing them well among the league of states in Nigeria and beyond.

He also made it clear to his people that he would not support anyone who helped in truncating the aspiration of the Okun nation.

He said he had received several calls from his people asking him to contest the party ticket, but pointed that it is better to tell the people the truth as he said that they must take their destiny in their hands and negotiate with all the aspirants in the race before selecting one to support.