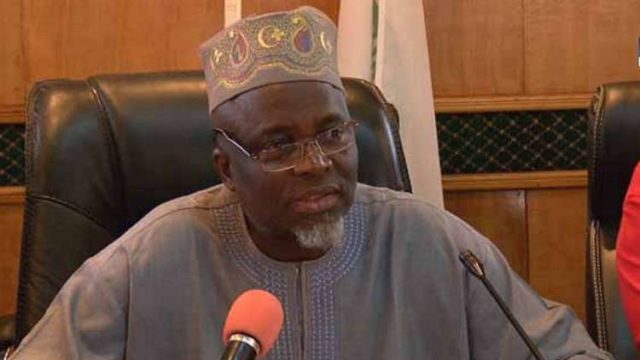 The Joint Admissions and Matriculation Board (JAMB) has withdrawn the results of candidates who participated in its 2019 Unified Tertiary Matriculation Examination (UTME).

Naija News reports that the results of four candidates were withdrawn over their alleged involvement in fraudulent activities to upgrade the scores of their results.

This was made known by the board’s Head, Media and Information, Fabian Benjamin in Lagos.

According to a statement by Benjamin, the candidates are were caught to have attempted to fraudulently increase their scores of the just released results of the examination.

“One of the candidates, who is the main culprit, had claimed that he initially scored 290 and that it was eventually reduced to 153.

“Following this claim, he was invited by the board’s headquarters for proper screening.

“It was at this point that it was discovered and proved to him that his claim was untrue and as such, he has been deeply involved in serious infraction and forgery of the examination result.

“He, however, eventually confessed to the forgery,” he said.

Further checks on his handset also revealed that he was not alone as he also allegedly helped other candidates who had patronized him for an upgrade in their respective results.

Benjamin said pieces of evidence were retrieved from the phone of the candidate that also showed the registration numbers and names of candidates, stated clearly, for possible illicit upgrade and faking of results.

The statement by Benjamin maintained that no effort will be spared by the board, in identifying and sanctioning any candidate or persons who attempt to undermine the integrity of the board’s examination by whatever means.

It stated that whoever collaborated or patronised such candidates would not be spared from facing equal sanctions.