Halima Umar, a corps member in Gwoza, Borno state,  who was kidnapped by Suspected Boko Haram terrorists five months ago has regained her freedom

While it was not disclosed whether a ransom was paid or not, a statement released today by the state government said Umar was freed through collaborative efforts involving security agencies and an undisclosed journalist.

Abdulmalik Biu, general officer commanding (GOC) 7 division of the Nigerian army and the state director of the Department of State Services (DSS) handed over the corps member to Kadafur, the deputy governor at the government house, Maiduguri, today. 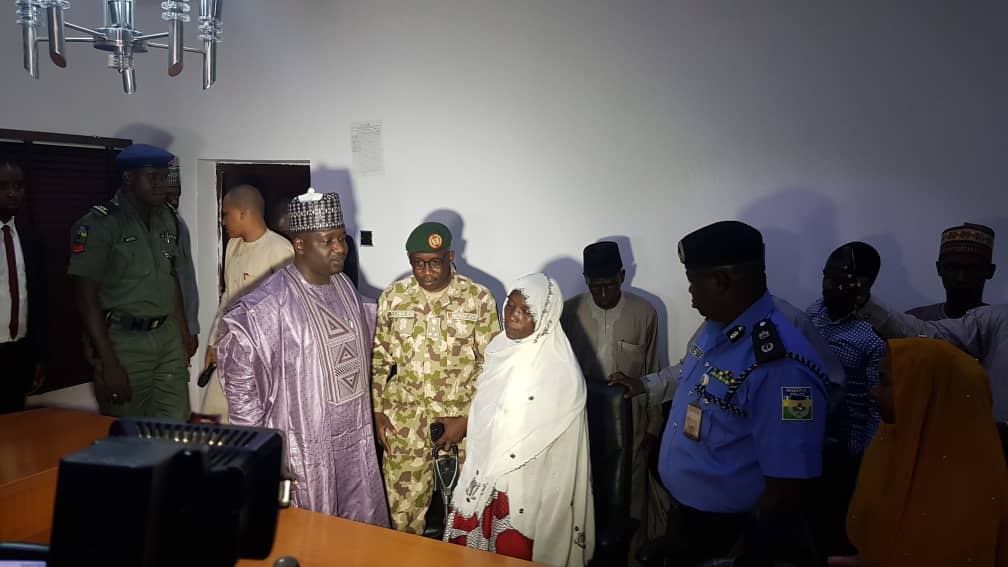 “A serving corps member, kidnapped in January 2019 by one of the terror groups in the North East, Halima Uwani Umar has been freed,” the government said in a statement.

Her freedom came as a result of a joint coordinated engagement involving key stakeholders. It is an outcome of a preliminary level negotiation involving the state government, the Kalthum Foundation for Peace, a non governmental organization with intermediatory negotiation with the leadership of the terror group handled by a prominent investigative journalist with critical access.

“The state government states that the step is in line with its desire to work with strategic partners to open lines of communication with the insurgents as a means of freeing several non combatant captives of the terror groups.

“The strategic interventionist team was empaneled to use every necessary tools and good spirited individuals to engage the insurgents in noncombatant ways as a means of de-escalation framework that will eventually result in freeing more captives and safe return of displaced persons in the state.

“The insurgents released Ms Umar as a sign of goodwill to commit to a new process of resolving the conflicts in the region. The state government, the military, the DSS played vital roles deploying professional field experience and strategic cover for the process. The state government shall continually bring the media up to speed as may be necessary.”

Meanwhile, Naija News understands that this news raises more concerns for others still in Boko Haram captivity, especially Leah Sharibu who has spent close to 2years in the sect’s captivity on account of her faith.