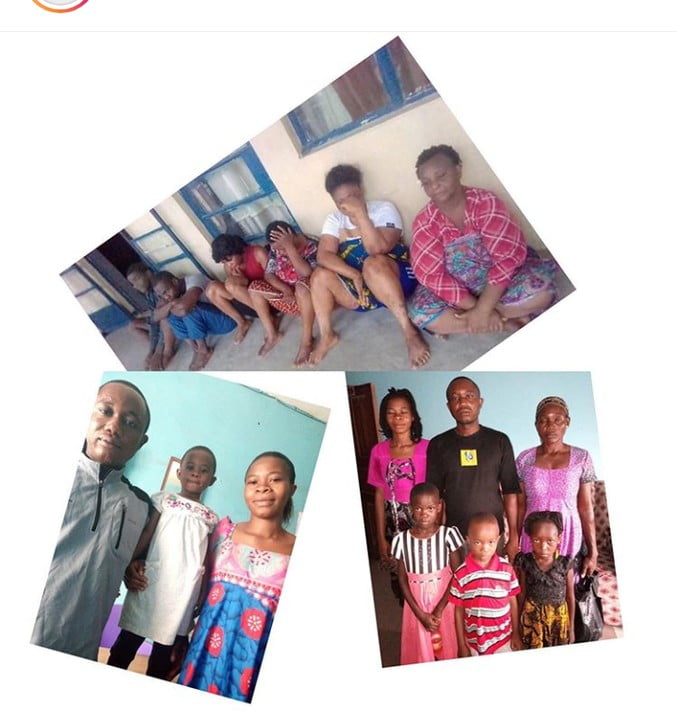 It was learned that the gang specializes in stealing underaged children from schools, churches and other public places.

They were reportedly arrested after a member of the gang, Immaculata Edward, visited her boyfriend, Ifara Isong, in Eziama Logara, Imo State and absconded with five children that were left in her custody.

She took them to a notorious child trafficker, Perpetual Iwuji, who then sold two of them to one Grace Nwachukwu, residing in Mpape, Abuja.

Immaculata also stole two of her uncle’s children from Cross River state and sold them to one Ifeoma Ndubuisi ‘f’ in Abia State.

However, following intelligence, systematic, thorough and painstaking investigation, all the children stolen from Logara were recovered. .

Moreover, in the course of the investigation, additional five children were recovered from Perpetual Iwuji and kept in an orphanage home. The five children stolen from Logara have been reunited with their families. .

Meanwhile, one of the two children stolen from Cross River state, has been recovered from Ifeoma Ndubuisi and efforts are on top gear to recover the remaining one.”

Meanwhile, Naija News understands that it is five months since the National Agency for the Prohibition of Trafficking in Persons (NAPTIP) said it is making effort to rescue of 20,000 Nigerian girls trapped in different parts of Mali.