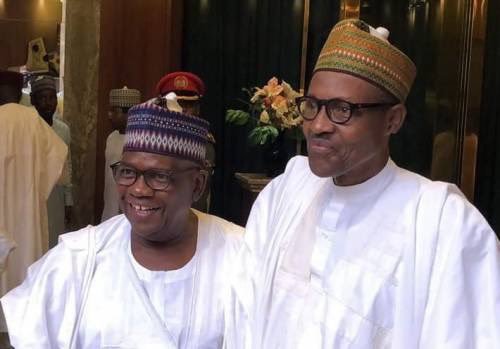 Goje, a former governor of Gombe State, and two others have been on trial for some years at the Jos Federal High Court for money laundering charges brought against them by the EFCC.

EFCC specifically accused Goje of forging a resolution of the state House of Assembly to collect a N5bn loan from Access Bank while he was governor between 2003 and 2011.

However, the anti-graft commission disclosed that the resolution approving the loan was forged.

The EFCC closed its case against the defendants on May 31, 2018, after calling 24 witnesses and tendering several documents to prove its case.

But counsel for Goje, Chris Uche (SAN), on September 14, 2018 filed a “no-case” submission while the prosecution counsel urged the court to dismiss same.

The court had earlier retained two charges preferred against the Senator after dismissing 19 others.

But the EFCC rejected the judgement delivered by Justice Babatunde Quadri of the Jos Federal High Court II, dismissing the 19 charges against Goje and approached the Court of Appeal in Jos to overrule the judge.

When the case came up for an emergency hearing before Justice Quadri, counsel to the EFCC, said the anti-graft commission was withdrawing from the case and handing it over to the office of the Attorney General of the Federation (AGF) for continuation.