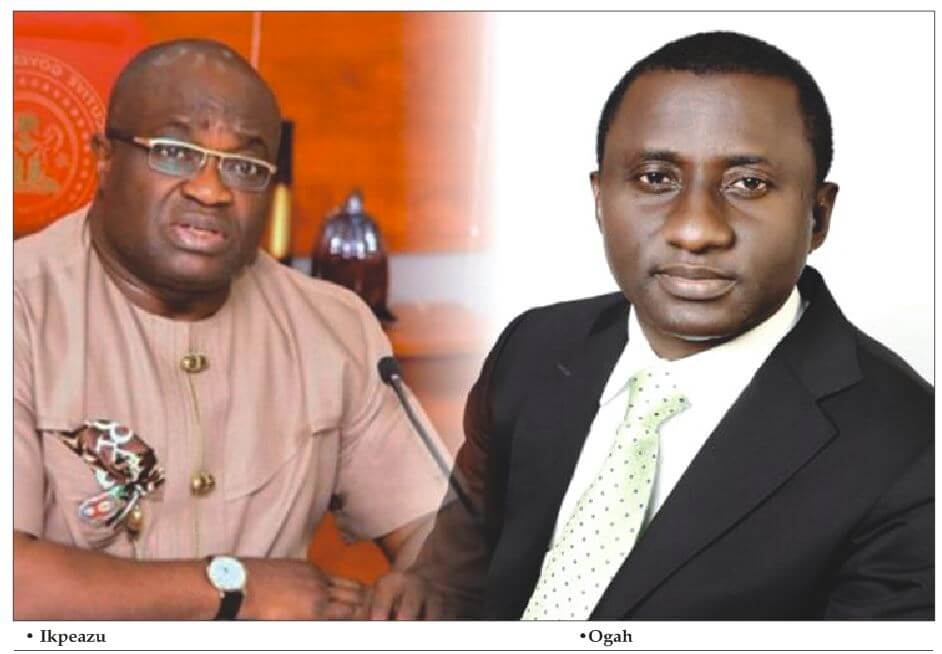 The 2019 Governorship Election petitions tribunal sitting in Umuahia, Abia State, southeast Nigeria, has dismissed the petition brought before it by Uche Ogah, the governorship candidate of the All Progressives Congress (APC) in the state, against Governor Okezie Ikpeazu and four other respondents.

Justice A.L. Ogumoye, the chairman of the panel, dismissed the motion while ruling on a motion filed by Governor Ikpeazu through his legal team. The governor is the fourth respondent in the case.

The chairman of the panel held that the petitioners were deemed to have abandoned their petition having failed to activate the pre-trial hearing process within the time stipulated by paragraph subsection four of the First Schedule to the Electoral Act.

The panel had earlier dismissed two applications filed by the Independent National Electoral Commission and the Peoples Democratic Party on the grounds that the seal of the legal practitioner who deposed to the documents was not attached, thereby rendering the documents incompetent.

Reacting to the ruling, Uche Ihediwa, one of the lawyers representing Governor Ikpeazu, and that of the Peoples Democratic Party Mr James Igwe (SAN), hailed the decision of the tribunal while counsel to Dr Ogah and the APC, Mr Godwin Chionye, said the position of the tribunal was based on law.

Meanwhile, June 19th has been set by the tribunal to commence the trial of the petition between Alex Otti of the All Progressives Grand Alliance (APGA), against Ikpeazu, having concluded pre-hearing of the matter last Friday.

READ ALSO  2019: APC Reacts To Defection Of Oluwo To PDP