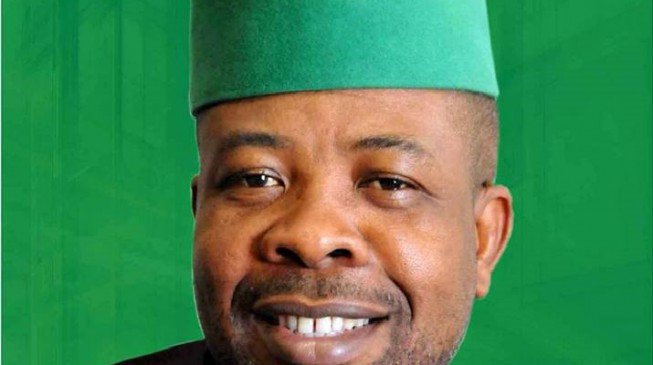 The dawn of Newly Sworn in Government of Imo state has seen drama as soldiers disallowed it from carrying out its plan of the demolition of what can be described as  Rochas Okorocha’s Monument (Akachi monument).

Naija News recalls that Emeka Ihedioha of the Peoples Democratic Party (PDP) was sworn in, yesterday as the successor of Okorocha

Punch gathered that while the earth-moving equipment deployed by the Ihedioha government was demolishing the monument, military men numbering up to 25 came and chased the workers away.

The military men who cordoned the environment as of the time of filing this report prevented people who had come to catch a glimpse of the demolition from gaining access to the place.

The development caused a rowdy scene in and around the place.

The soldiers also stopped people from taking photographs of the scene.

Okorocha had, during its inauguration, described the Akachi Tower, measuring over 40 feet, as symbolizing the hand of God over Imo State.

He had also stated that the monument would be tourists’ attraction.

According to a Wiki citation, the structure can be climbed by going round it; while those who get up there can enjoy breath-taking aerial view of the town.