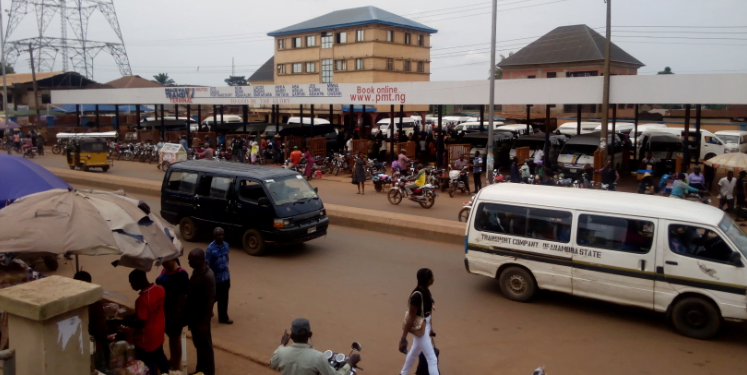 The sit-at-home-order declared by the Indigenous People of Biafra (IPOB) was today ignored in Nsukka town of Enugu state as Residents went about their normal businesses.

Naija News recalls that the IPOB had declared May 30 to honour its fallen heroes and heroines during the war, maintaining that no arrest or threat by the Police will stop them.

At 7 oo a.m., school children were seen going to school; workers going to their offices while traders opened their shops for business, The Nation reports

Mrs. Ngozi Ozioko, the Chairman, Ogige Market Amalgamated Traders Association Nsukka (OMATAN), said the market opened as usual as there was no reason to close it.

” I have not received any directive from the state or local government to close the market today.

“We can not close Ogige market just because IPOB issued a threat for Igbos to sit at home on May 30th,” she said.

She, however, said it was a good idea to choose one day to honour Igbos who lost their lives during the civil war but it should be done through state governments in Southeast.

“IPOB should present this idea to governors in Southeast states who will look into and if they approve it, will fix a day for it ,” she said.

Mr Charles Ezema, Manager in one of the Filling stations in Nsukka town, said he saw no sense in the sit-at-home order by IPOB.

“The group is using the sit-at-home order to attract unnecessary cheap popularity.

“Many people are tired of IPOB, that is why people now ignore them and go about their lawful businesses, “he said.

Mrs Juliana Ibe, owner of a business centre, said she could not close her business because of IPOB order.

“It’s from this business centre I get money to feed my family as well as pay my children’s school fees.

“As Nigerians, we should be thinking of what to do to promote unity and peace instead of this tribal agitations everywhere in the country.

“This IPOB that wants people to sit at home, are they going to provide food today for families in Southeast? ,” he asked

NAN reports that around 8 00 a.m., operatives of the Police, army, civil defense corps and others in Nsukka in a patrol convoy, passed through some major roads and streets in Nsukka town, charging people to go about their lawful businesses as security agencies had put adequate measures in place to protect residents.