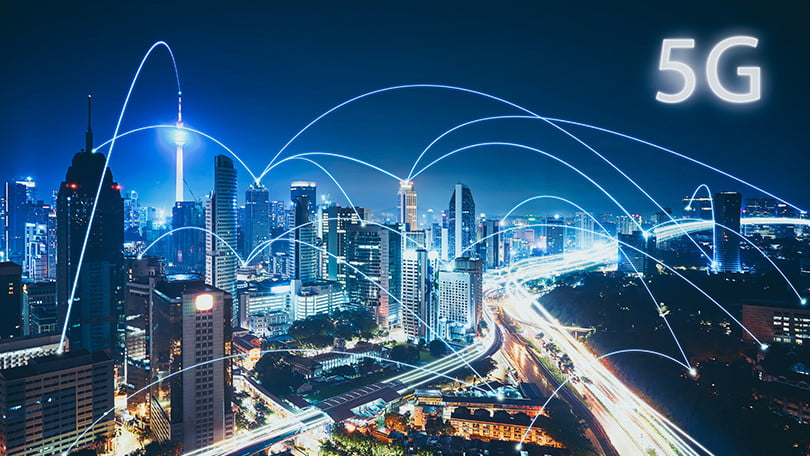 The top twenty richest countries in Africa, based on their purchasing power parity, are as usual, silent and totally disinterested in the ongoing war to gain a place in the 5G technology – a next generation of mobile internet connectivity that offers faster speed and more reliable connections on smartphones and other devices than ever before.

This next generation tech is estimated to add $500 billion dollars to the United States economy, that’s an encapsulated sum of half a trillion dollars. It is ‘the game changer’.

This new technology promises to transform our lives as we know it. It is expected that there will be more than 20 billion connected devices by the year 2020. It enables everything – from cars to smart homes. It is 100 times faster than the 4G network. It will accelerate and interconnect everything.

To download a 3 hours movie on 3G for instance, will take nearly 23 hours, on 4G about 6 minutes, but then on your movie is fully ready to be watched in just over 3.5 seconds. The 5G in actual sense is much more than just ‘your download and upload speed’, as a matter of fact, you can have cities where everything communicates, doctors, can perform surgeries from the other side of the world without being physically present.

Ten years ago when the United States won the 4G race, it boosted its economy by nearly $100 billion dollars and created more than a million jobs. Any country that wins this race and the 5G provider, will have complete access and over-riding power to what people do online. This is the singular reason why the US and China are going to war over it. Job, money, and power. The big question is, where is Africa in this race?

From cloud services and artificial intelligence to 5G technology, Africa plays small. Today in Africa, these are being driven by non-state actors and foreign companies like Google, Facebook, and others that hide under some indigenous companies.

These 20 richest countries in Africa think that the 5G race and the general technological innovation that drives economic growth are not important or a priority because we want to remain a consuming continent, or perhaps because these foreign companies hire some of our brilliant minds as low and middle-level pawns in their labs. No nation successfully compete in the tech race just by building computer labs or incubation hubs that train programmers for “other continent’s businesses”.

Recently, the Nigerian government announced its decision to revive Ladi Kwali Pottery Center, a 1952 technology. Not as a museum. They intend getting that 1952 colonial era technology to resume production. In a 21st century. Does this show a country, even a continent that’s ready to tap into the transformative power of technology or even attempt a conversation on the 5G race? I don’t think so.

Generating new scientific knowledge and churning out a of innovative homegrown solutions through a technological application, is what Africa as a giant global market hub, should be focusing on today.

There’s a world-view that Africa can invent and innovate, I think it’s time Africa rise up to this challenge. All the 54 countries of Africa need to make technology and innovation a strategic priority from that standpoint and must do so to liberate itself from the oppressive dominance of globalization.

We must begin to manufacture our own mobile phones or innovate based on original cell phones. We must change our school curriculums to challenge and compliment the interrogative minds of an Africa student. We must use our untapped natural wealth, human resources, and effective policy to execute and create explosive wealth and power through technology.

We just can’t afford to keep falling behind despite our historical abilities in science.

Jeff Okoroafor is an IT Specialist.