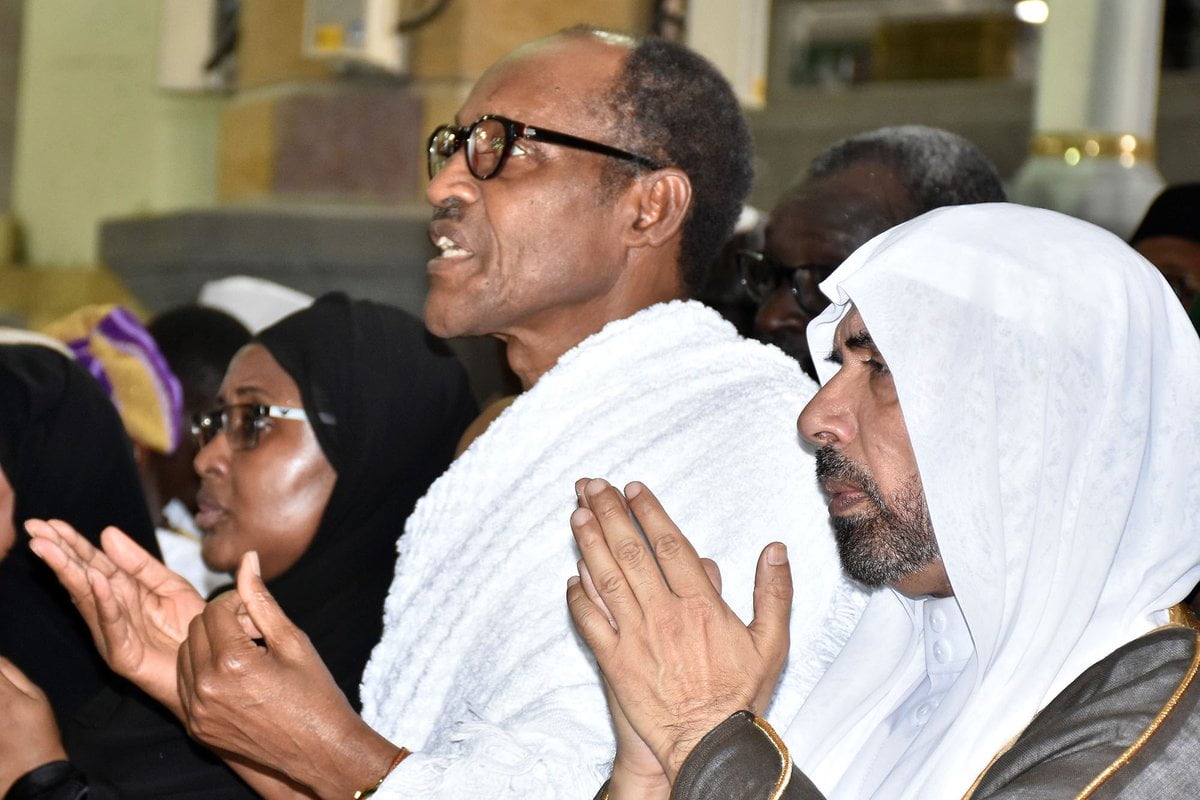 A video of President Muhammadu Buhari running while performing the Lesser Hajj in Mecca (Makkah, the Kingdom of Saudi Arabia, has surfaced online.

Naija News recalls that President Buhari accepted an invitation by the King Salman Bin Abdulaziz, the ruler of Saudi Arabia and Custodian of the Two Holy Mosques to perform the Umrah (lesser pilgrimage) in the Kingdom.

Days after the invitation, pictures of the President and his wife Aisha performing Umrah (lesser Hajj) at the Masjid Haram (the Grand Mosque) in Makkah surfaced online.

The Personal Assistant to Buhari on New Media, Bashir Ahmad, shared pictures of the President in Makkah on his Twitter page with the caption: “President @MBuhari performs Umrah (lesser Hajj) at the Masjid Haram (the Grand Mosque) in Makkah, the Kingdom of Saudi Arabia.”

However, a day after the Presidential aide shared the photos of the President and his wife in Makkah, a video has emerged showing President Buhari running while the Lesser Hajj.

The video shot by NTA and shared by many Twitter users shows President Buhari and his entourage break into some sprinting while performing one of the rites of the Hajj at the Masjid Haram (the Grand Mosque) in Makkah.

Meanwhile, Umrah is an Islamic pilgrimage to Mecca, Hijaz, Saudi Arabia, performed by Muslims that can be undertaken at any time of the year, in contrast to the Ḥajj which has specific dates according to the Islamic lunar calendar.