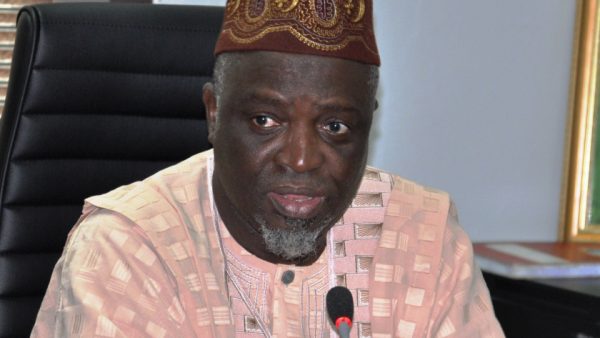 The Minister for Education, Mallam Adamu Adamu has commended the Joint Admissions and Matriculation Board for ensuring service delivery to the public.

The minister said this during the unveiling of the remodeled JAMB Headquarters Complex in Bwari Abuja, on Saturday.

This is especially as Naija News reports that JAMB remitted the sum of #5 billion to the account of the Federal Government following the conclusion of the 2019 Unified Tertiary Matriculation Examination.

According to him, this has continued to be the flagship of the education sector in terms of transparent and honest service delivery.

Adamu also said that the recent ‘painstaking effort’ of the board at scrutinizing the process of the UTME and its relationship with intent, plans, and execution of examination malpractice was not a misplaced one.

He, however, said that the outcome of the exercise has revealed a lot of rot in the education system.

The minister said that it was unfortunate that examination malpractice was mostly practiced by the youths who are the leaders of tomorrow.

He added that the Federal Ministry of Education was in full support of JAMB’s efforts.

He also said that the Ministry would continue to give JAMB all the assistance required to ensure that the syndicate in the examination industry is confronted in the overall interest of the country.

Adamu also directed that all public examination bodies must ensure the cleanup and sanitation of their registration processes, in emulation of JAMB.

He expressed satisfaction that the Board had been prudent in expending its resources and getting value for the same, while also calling on the staff and community to use the facilities efficiently.

Earlier, Prof Is-haq Oloyede, Registrar, JAMB in his remarks said that the remodeling project had cost the board N46 million.