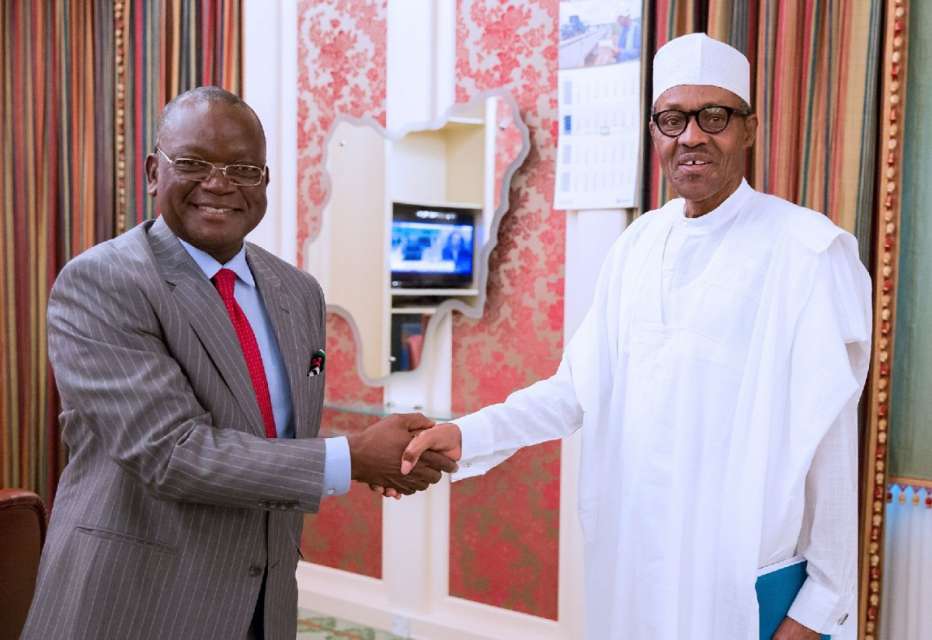 Governor Samuel Ortom of Benue State has said that the anti-open grazing law in the state is being implemented.

Naija News understands that Ortom, who spoke with State House correspondents after a private meeting with President Muhammadu Buhari at the Presidential Villa, Abuja, on Monday, said the law on open grazing was still operational and was not targeted at any group.

“The place is relatively peaceful; the law is being implemented and we have arrested 400 people irrespective of their ethnic background, whether Fulani, Igbos, Yoruba, Tiv, Idoma.“We have convicted 50 people for contravening various offences and we have seized more than 2,000 cattle.“But we ensured, no one has molested any cattle, nor killed any cattle but once your cattle is seized for open grazing by the livestock guard, within seven years when your cattle is quarantined, if you don’t come to pay fines and redeem your cattle, we auction them.

The Governor also accused a Boko Haram trainee, Terwase Akwaza, popularly known as Gana of making three local government areas in Benue State unsafe.  He said Gana who he said was trained by Boko Haram has continued to terrorize the people of the state and Taraba state.

“He is the one instrumental to the Kidnappings happening between Benue and Taraba State. All forms of criminality – armed robbery, assassinations and so on.

The community too have given up because as at today, the three local governments of Katsina-Ala, Logo and Ukum are not safe.

“No educational, farming, commercial activities are going on, the Igbos that are major traders have vacated. With operation Y Stroke we are going to move against them and we believe we will be able to surmount them,” he said.