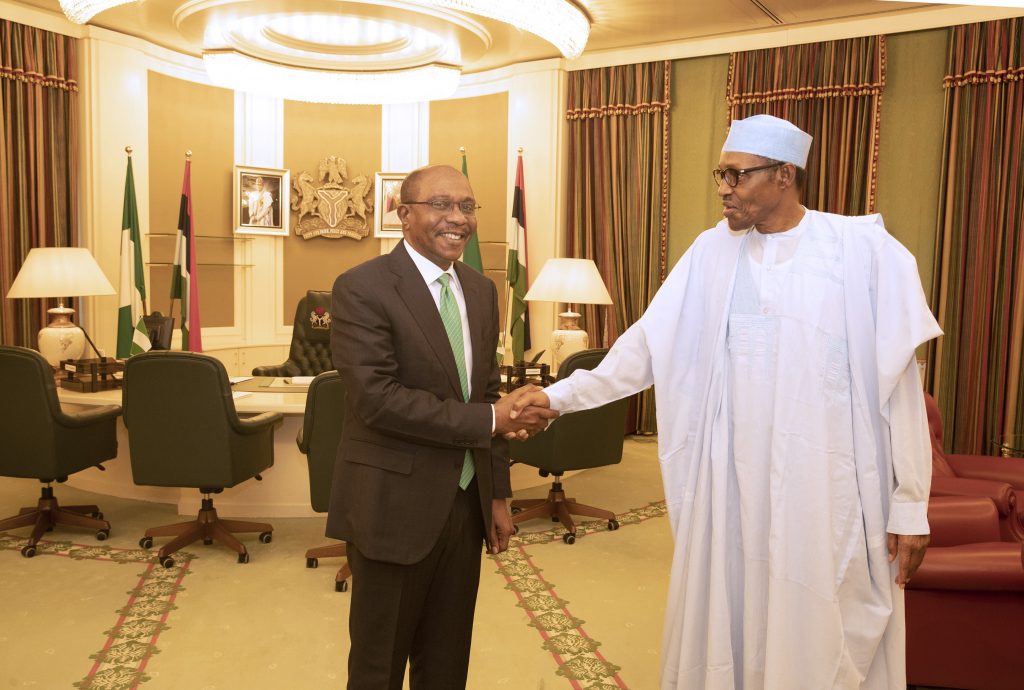 President Muhammadu Buhari has met with the CBN Governor, Godwin Emefiele at the Aso Rock Villa, congratulating him on his re-appointment.

Naija News earlier reported that Emefiele was nominated for re-appointment as Governor of the Central Bank of Nigeria by the President and a letter to this effect has been sent to the National Assembly already.

Naija News understands that it is being unveiled gradually, the officials have been re-elected into Buhari’s cabinet ahead of his swearing-in on May 29.

See below, photos of the moment the President congratulated him on his re-appointment.