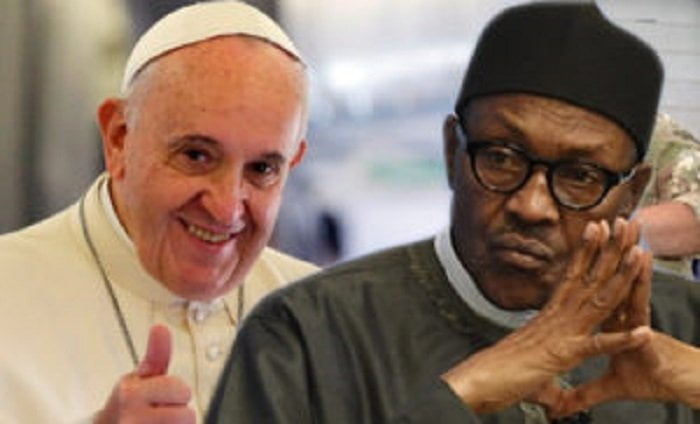 Pope Francis is now involved in the case of Leah Sharibu, a schoolgirl abducted by a faction of Boko Haram at Dapchi village, Yobe State over a year ago, Naija News has learnt.

The Catholic Bishop of Nnewi, Most Rev. Hilary Okeke made this known to newsmen on Monday in Nnewi, Anambra State.

The Bishop expressed optimism that Leah and others in similar fate would be rescued of Boko Haram captivity.

He said, “The Catholic Bishops Conference of Nigeria had formally involved the Holy Father, Pope Francis on the matter.

“The papacy has reached out to President Muhammadu Buhari on the issue. So, we are not relenting.”

Bishop Okeke, however, condemned what he called the rising spate of idol worship and neo-paganism among Nigerian Christians.

He urged Christians to return to God by doing away with idolatry in every ramification.

The cleric admitted that the people had traditional and cultural practices before the advent of Christianity, the bishop noted that most of such practices had been refined by the church.

He added, “That is the reason the church accepts only culture and traditions that have no form of idolatry. Idolatry remains the greatest sin against God.”

“Any Catholic who wishes to take any title must sign an undertaking that no pagan rituals or idolatrous sacrifices would be involved, or such person would be excommunicated.”