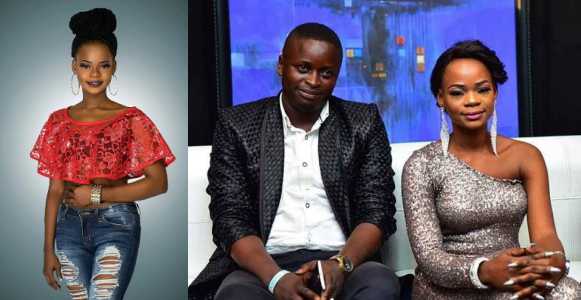 Naija News understands from the reports that the supermodel divorced her husband of few years that she had been married to before she came into limelight.

When this online news platform visited some of the social media handles of Olajumoke, it was discovered that the model had changed her surname to Chris, a development that has sparked the rumour of divorce between the couple.

Naija News recalls that the husband to the model had since complained about the attitude of his wife towards him since she came into limelight and left the street as a bread seller that she had been known for.

While reacting to the allegations earlier made by the husband to the model, Olajumoke had said; “Anybody can say whatever pleases them with their mouth. He is the one that has been spreading such stories. When a man knows everything about you, he can choose to do whatever with that information. As for me, I am okay and there is nothing wrong with me.”

“Whatever is going on is known to God. We are still together. He has never discussed all what he has been saying outside with me, so I don’t understand what he is driving at because we sleep in the same house.

“Well, he can continue saying whatever pleases him but I will not say anything bad about him. There is nobody I will discuss his matter with; I just leave him to God. God will judge between us.”

The reports of the divorce between the couple is yet to be confirmed as efforts to confirm the report proved abortive.