Daddy Freeze  Dares Adeboye, Says God Is Not With Him And His Son | Naija News 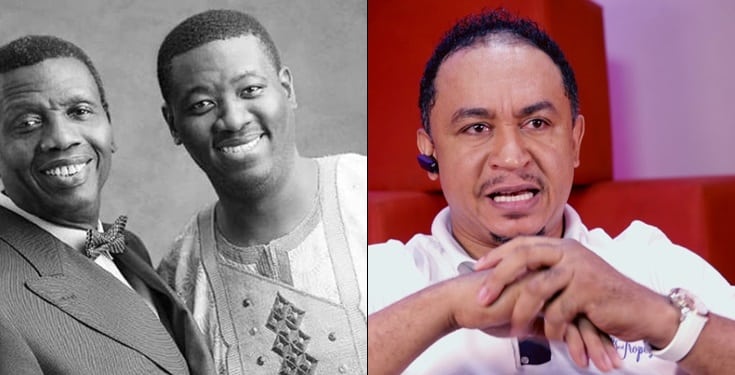 Naija News understands that Daddy Freeze is of the opinion that God is not with Pastor Adeboye and his son.

Freeze registered his opinion while reacting to the story of a young lady who had reached out to Adeboye’s son after her brother’s death.

The lady had called on the son of the Pastor to help out over the death of her brother.

In his response, the pastor’s son had asked that the woman use an anointing oil and handkerchief to wipe the corpse, then take the corpse to the altar, stressing that her brother will jack back to life in about one hour if it is the will of God that he lives again.

In his reaction, Freeze slammed the pastor and his son in his comment that said as thus; May his soul Rest In Peace…. Adeboye, his son or their altar have no power to resurrect and I’m of the firm opinion that God isn’t with them. ~FRZ”

Freeze has been known for his recent comments against some men of God in the country and in the world.

Just recently, this online news platform had reported that the OAP had criticised the pastor of DeeperLife Church, Pastor WF Kumuyi over his stance that condemned women putting on trousers.