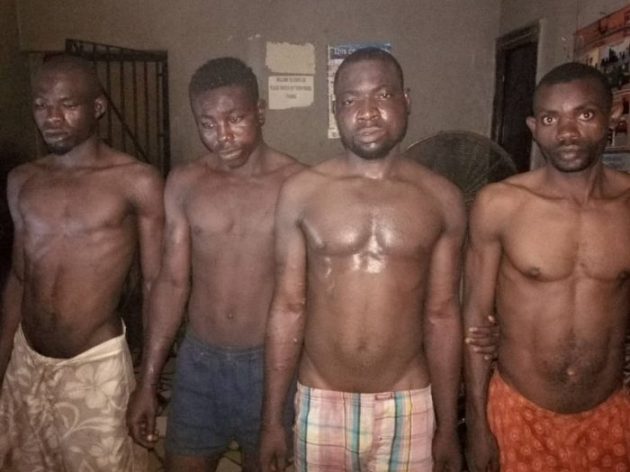 The spokesman of the Police command, Chidi Nwabuzor made this known in a statement obtained by Naija News.

Nwabuzor in his statement he released on Saturday evening titled; “Arrest of suspected Boko Haram members/armed robbers/kidnappers/cultists and recovery of arms and ammunition,” described the suspects as notorious gang members of kidnapping, armed robbery and Boko Haram syndicates ​that were terrorizing Kogi and Edo States axis.

“The Commissioner of Police, Edo State Command, Dan-Mallam Mohammed, directed the tactical teams of the command to go after the criminals.

“On 19/04/2019, a robust raiding, coding and search was conducted within Auchi axis, which resulted in the arrest of the following: Salihu Uzovehe (23), Hadi Musa Gambari (23), Tijani Garuba (24) and Mohammed Abdulkadri (44), who are deadly and notorious gang members of kidnapping and armed robbery syndicates ​that are terrorising Kogi and Edo States axis,” the statement said.

“The command, therefore, appealed to members of the public to be vigilant and always be at alert about suspicious movement of persons and report same to the police,” the statement said.