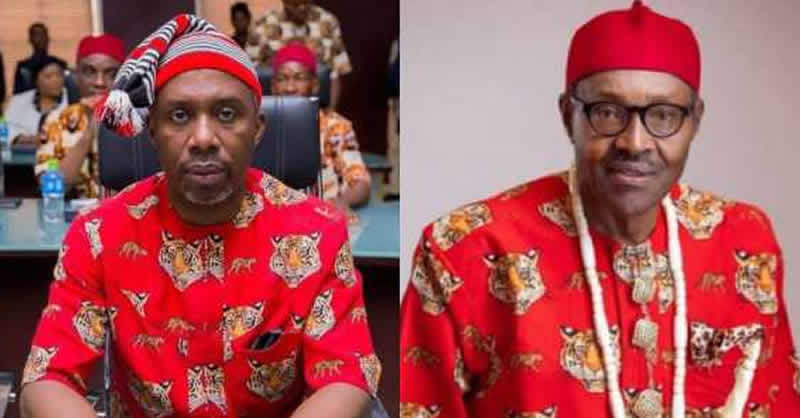 While speaking with selected journalists in Imo state, Nwosu stated that the Reps elected under the platform of the All Progressives Congress (APC) in the state, will also queue behind Femi Gbajabiamila in line with President Buhari’s directive.

APC had endorsed the lawmaker (Gbajabiamila) for the seat of the speaker in the soon to be inaugurated 9th national Assembly, after much controversies surrounding his indication of interest, Naija News reports.

The AA candidate, who is currently challenging the Imo governorship election in the Tribunal, noted that the party had an alliance with the APC to support President Buhari’s second term, adding that it will still stand by him on the issue of the National Assembly leadership.

According to him, the Southeast played a wrong political card in 2019 and the best way to remedy the situation is to support President Buhari on the current issue of the National Assembly leadership instead of engaging in another political miscalculation that will further complicate its political position.

In his words, “I have been supporting President Buhari before and during the election because of his integrity and uprightness and I will continue to do so irrespectively of political or other sentiments. On the issue of the leadership of the National Assembly, I am with Mr. President one hundred percent, AA and APC Reps from Omo state will support Femi Gbajabiamila”.

He succinctly stated that, “It will not be in the interest of the Igbo to rebel against President Buhari’s choice of the issue of the NASS leadership because as it stands the Southeast can’t get that position by merely shouting, the error has been committed and we should be looking at the possible ways of remedying it. I remember that our leader, Owelle Rochas Okorocha was shouting during the election on the need to vote President Buhari and remain in mainstream politics but our people refused and preferred regional politics instead.

“In 2019 we played wrong politics like we did in 2015, where we decided to look the other way, forgetting that the main thing comes from the national, so making wild claims and shouting about the leadership of the National Assembly now is a big problem because what did we bring to the table in the first place. The state governor Rochas Okorocha has been shouting that we should not make the same mistake we made in 2015 so that we can be part of the system in 2019. So I agree with Mr. President totally, our people in the Federal House of Representatives should listen to whatever the President says, this is the time to support him, we should learn from our mistakes.

“I urge them to support President Buhari, if he has endorsed Femi Gbajabiamila, they should queue behind him, which is the best thing to do”.