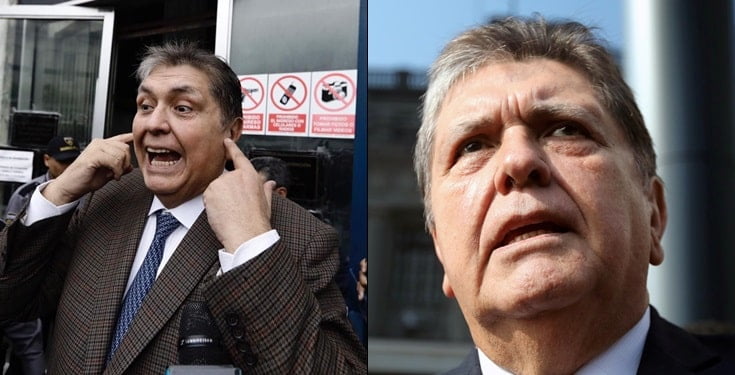 Former Peruvian President, Alan García has died after shooting himself in the head in his deliberate attempt to avoid being arrested by the Police operatives.

Naija News understands that the Police arrived the home of the 69-year old former president to arrest him over bribery allegations, an allegation that he had denied completely.

García was rushed to hospital in the capital, Lima. where he later died.

His death was confirmed by current President Martín Vizcarra.

A crowd of supporters gathered outside the hospital and were held back by a line of police.

Before his death, García was earlier accused of taking bribes from Brazilian construction company Odebrecht – claims he denied.