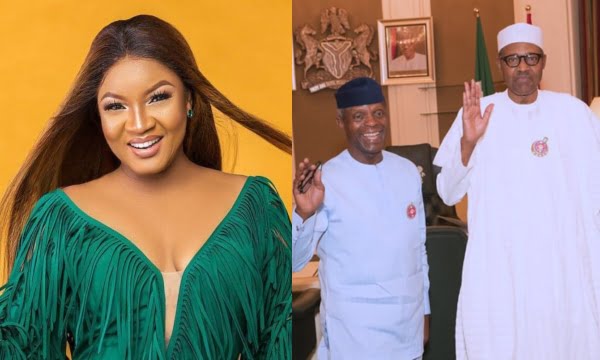 In a Back and forth swipe at each other Omotola Jalade has replied Nigeria’s Presidency over the statement that Nigeria is ‘hellish’ under the Muhammdu Buhari and Yemi Osinbajo led administration.

Bashir Ahmad, a media aide to the President had replied Omotola on behalf of the Presidency, debunking claims that Nigeria is hellish under Buhari. He tweeted in response;

Madam Omotola those who are working for CLEAN money are not complaining and will never refer our dear country as ‘hellish’. In Kano State alone, from 2015 to 2018, no fewer than 200 medium and small scale rice milling centres emerged. For that, billions circulated among millions.

But Omotola Jalade fired back at the Presidency after it debunked her comment of ‘Nigeria is hellish under Buhari’, stating that as long as their tweet never insinuated she is not working clean for her money, she is cool with them. She wrote in response to the tweet above;

As long as you're not insinuating that I am not working CLEAN for my money… I hear you. Its good that there are some progress… Do you truly want to say you dont see all that's really wrong? Can we fight for our future in truth for once? Without being partisan?

Meanwhile, Naija News reports that Nigerians have bashed Bashir Ahmed on his response to the influential actress.