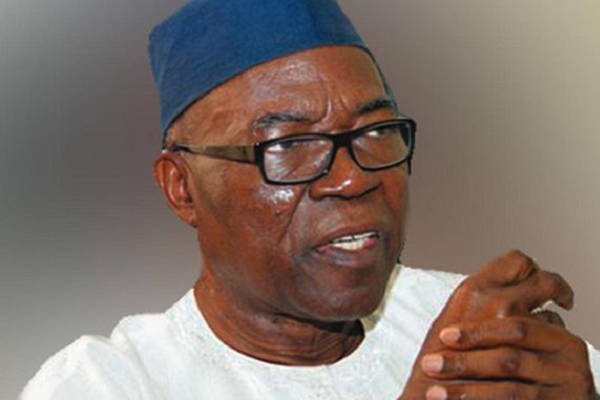 In a statement signed by the chairman, PDP Media, and Publicity Committee, Hon. Yiljap Abraham said he had filed a petition at the Governorship Election Petition Tribunal to challenge the declaration of Governor Simon Lalong as the winner of the poll.

Naija News understands that after Governor Lalong has since been declared Governor-elect of the state by the Independent National Electoral Commission (INEC) after the supplementary elections.

But the statement by PDP said,  “Plateau PDP gubernatorial candidate, Senator Jeremiah Timbut Useni, has successfully filed his petition at the governorship elections tribunal in Jos.

“I want the tribunal to consider that the declaration of Simon Bako Lalong by INEC as the winner of the governorship elections of March 9 and 23 2019, is “unlawful, undue, null and void, and of no effect.”

The petition was served on Simon Bako Lalong, the National Electoral Commission and the All Progressives Congress (APC).

Sen. Useni and the PDP are praying the tribunal to nullify Lalong’s re-election and order INEC to withdraw his certificate of return.

“The PDP candidate was duly and validly elected and ought to be returned as the winner of the governorship election in Plateau State, having polled the highest number of lawful votes cast…and having satisfied the constitutional requirements of the said election.

“I, therefore, want the tribunal to order INEC to issue Senator Useni with a certificate of return as the duly elected governor of Plateau State.”

Useni’s petition which also provided alternatives said the tribunal should first declare that Simon Bako Lalong was disqualified from contesting the election “having deliberately provided false information about himself” to INEC and the world which he filed in his documents ahead of the governorship.

He asked the tribunal in alternative to order a re-run of the governorship election in which both Simon Bako Lalong and APC will be excluded from participating.

Useni is also praying the tribunal to nullify the governorship election conducted in all the polling units he complained about and order INEC to conduct fresh election those particular units.

He said the petition had been filed and accepted but no date had been fixed for the inaugural seating of the three-member tribunal under the chairmanship of Hon. Justice H.A Saleeman.

Useni said his team of lawyers had beaten off a challenging and potentially-frustrating attitude of INEC to allow them access and inspect all polling documents as ordered by judges at the tribunal on April 2, 2019.

He said the PDP legal team had been working assiduously on responding to national and state Assemblies petitions served against the party and its candidates by the APC.