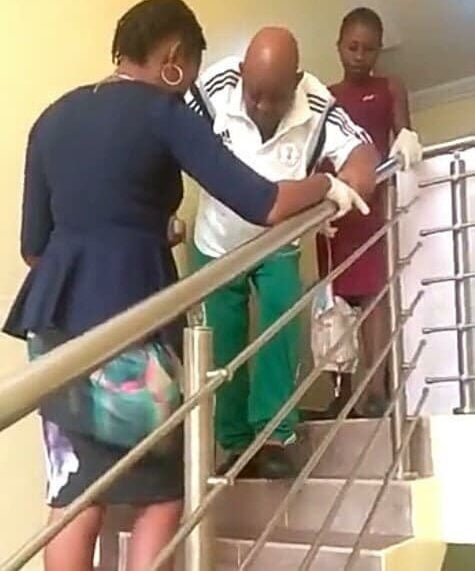 Former Nigeria captain and coach Christian Chukwu is battling prostate cancer and needs the sum of $50,000 for medical treatment.

The media officer of Enugu Rangers, Norbert Okonkwo, made this known on Monday in an interview with TheCable, where he revealed that Chukwu had a successful leg surgery five days ago.

His words: “Christian Chukwu has prostate cancer which affected his leg.

“He had an operation last week and discharged on Thursday but went to stay in a hotel on doctor’s advise to avoid being disturbed by visitors.

“The doctor made this suggestion so that he can recuperate on time. I can confirm to you that Rangers got to know about his situation three weeks ago because the family said they didn’t want it in public space,” Okonkwo told TheCable.

Naija News reports that Chukwu captained the senior national team of Nigeria as they won their first –ever Africa Cup of Nations title in 1980, receiving the brand new Unity Cup from then President Shehu Shagari.