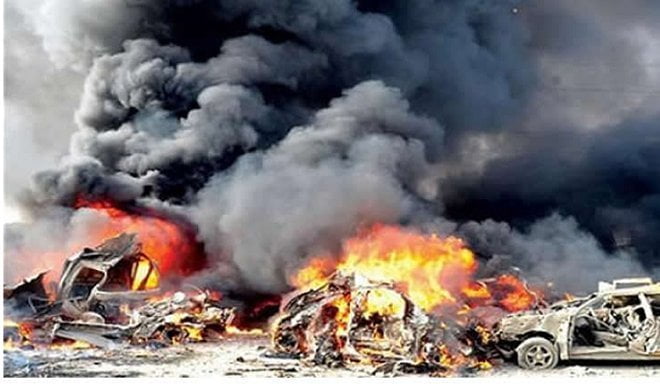 An inferno has swept across three villages in the Nangere Local Government Area of Yobe State.
Naija News reports that that the inferno led to the loss of houses and properties evaluated to have worth a huge amount of money.

The three communities attacked by the inferno are; Garin Kaduwa, Daawa and Samo all in Nangere Local Government.

As at the time of this report, the cause of the fire is yet to be ascertained.

About 37 households suffered great losses as their houses were all consumed by the blaze.

However, no life was lost and no record of any injury as a result of the inferno.

The Director Personnel Management (DPM) overseeing Nangere Local Government, Usman Hassan Makeri confirmed the incident in a statement he said; “yes there was fire disaster in four villages under my Local Government Area, we responded rapidly by visiting the scene to sympathize with the victims, definitely they suffered losses, I have immediately directed my community development officer to get the full details so that on Monday we would send to Yobe State Emergency Management Agency for intervention.

We’re also in touch with the Yobe State House of Assembly Member representing Nangere constituency all in an effort to alleviate their sufferings.”