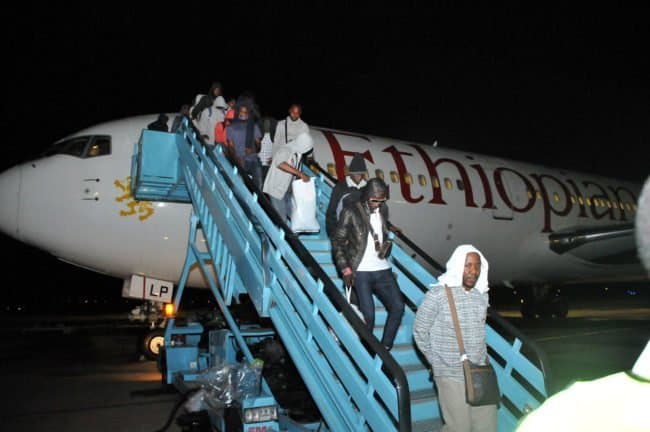 The National Emergency Management Agency (NEMA) has received another batch of 180 stranded Nigerians from Libya.

Muhammed said the Nigerians arrived at the Cargo Wing of the Murtala Muhammed International Airport, Lagos at about 9.30 p.m. on Monday aboard a chartered Buraq Air aircraft with registration number 5A-DMG.

According to him, they were brought back by the International Organisation for Migration (IOM) and the European Union under the Assisted Voluntary Returnees (AVR) Programme.

He said: “The returnees are made up of 82 female adults, two female children and 11 female infants.“Also, there are 79 male adults, one male child and five male infants making up 95 females and 85 males.”

Welcoming the returnees, Muhammed advised them to put their bitter experiences in the volatile North African country behind them and look to the future with renewed hope. He enjoined all the segments of the society to see the menace of irregular migrations as an emergency situation.

According to him, any situation where a life is under threat is considered to be an emergency risk and all hands must be on deck to prevent the threat. Muhammed therefore, charged the media, governments and non-governmental organisations as well as parents to join forces in stemming the tide of irregular migration in the country.