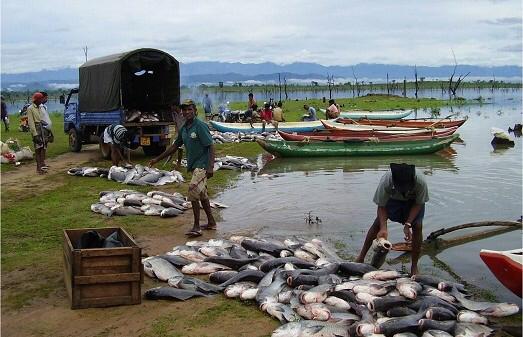 Several lives have been endangered while five persons have been confirmed to have sustained various degrees of injuries after some unknown gunmen invaded and interrupted the peaceful process of the fishing festival in Kogi state.

Naija News reports that the gunmen attacked the venue of the festival in just one hour after the commencement of the annual Dankwo fishing festival at the Kabawa Waterfront in Lokoja, the Kogi state capital.

The gunmen who were just three in number, invaded the Festival on Saturday, March 30 with two engine boats and strategically positioned themselves against the crowd and onlookers who were celebrating the 2019 edition of the festival.

The unknown gunmen on their arrival to the waterfront opened fire and shot sporadically at the large crowd, leaving at least five persons injured with varying degrees of bullet wounds.

Those injured had since been taken to the Federal Medical centre in Lokoja and are responding to treatments.

While confirming the incident, the Kogi State Police Command spokesman, DSP William Aya, who described the incident as unfortunate, confirmed that two suspects in connection with the attack have been arrested by the operatives of the Kogi state police command.

Aya said that full investigation into the incident has already started, adding that all those linked with the attack would be arrested and prosecuted.