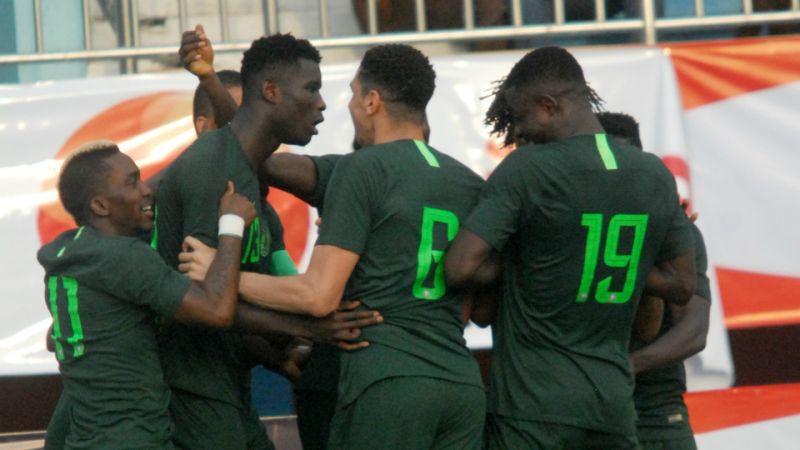 Nigeria defeated Egypt 1-0 on Tuesday evening, in an international friendly match played at the Stephen Keshi Stadium in Asaba, the Delta state capital.

Paul Onuachu has announced his arrival in the Super Eagles when he fired home after just 35 seconds.

The Denmark-based striker latched on to a long, searching ball from the Eagles half before he controlled it and then smashed home.

The Super Eagles came into the encounter, having defeated Seychelles 3-1 in their final 2019 Africa Cup of Nations qualifier three days earlier at the same venue.

The Super Eagles played with a lot more fire, zest and purpose than they did in the final 2019 AFCON qualifier against Seychelles on Friday.

However, there were no more goals in the game, as Gernot Rohr rounded off preparations for the 2019 AFCON with a win.