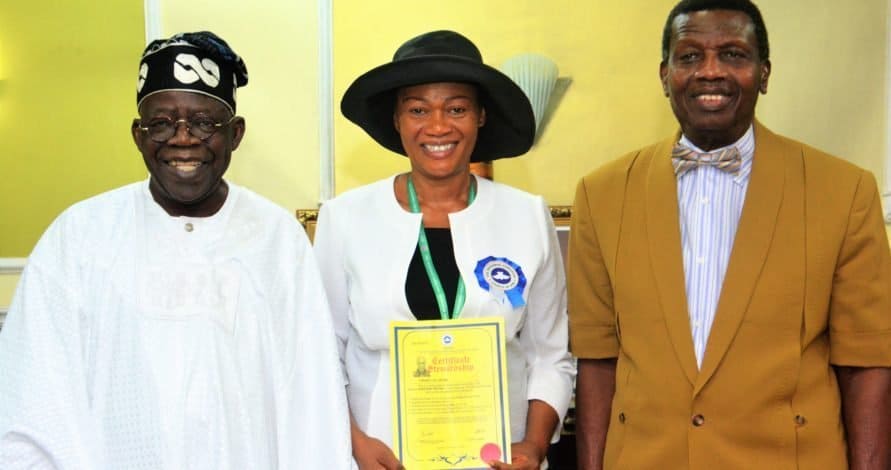 Shortly after casting her votes the wife of the National Leader of the All Progressives Congress (APC) was surrounded by a crowd of people waiting on her.

Speaking to the crowd who were requesting for money from her, she said, “Show me your hand, get the money.”

The lawmaker, however, said she was not into vote-buying.

Speaking specifically to an Igbo man, Charles Nnamani, in pidgin, Tinubu complained that the Igbo in Lagos did not vote for President Muhammadu Buhari during the presidential election.

But Nnamani told her that he voted for Buhari.

Responding, Tinubu said, “How will I know? You Igbo, we don’t trust you anymore.”

Speaking to newsmen earlier, Tinubu attributed the low voter turnout at the polling unit to her belief that the elite living in the highbrow area believed that only the Federal Government’s policies could impact on their business interests.

How will I know you vote Buhari, Tinubu's wife to Igbo man#ElectionDay#LagosDecides2019 pic.twitter.com/298HVFa0eZ