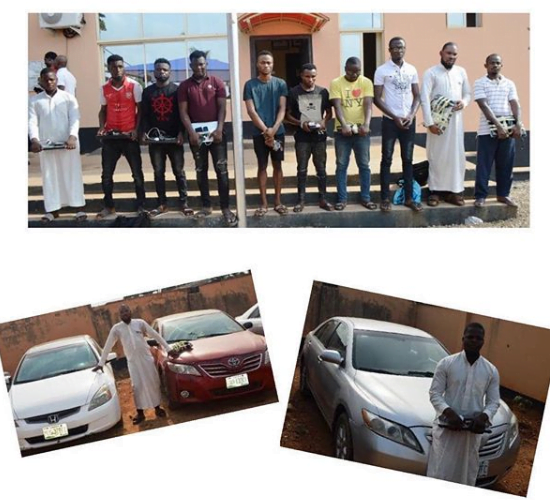 Operatives of the Economic and Financial Crimes Commission (EFCC) have apprehended 10 middle-aged youths suspected to be internet fraudsters in Ibadan, the Oyo state capital.

Naija News reports that the zonal office of the anti-graft agency in Ibadan made the arrest of the alleged fraudsters, suspected to be ‘Yahoo Boys’ at the Olugun Oluhehe and Elebu areas of Ibadan.

The anti-graft agency who gave the age of those arrested as being between 21 and 35 years of age, said that the arrest was made after a series of intelligence alleging that they engage in fraudulent activities, especially obtaining money by false pretences from unsuspecting victims through online dating and other illegal means.