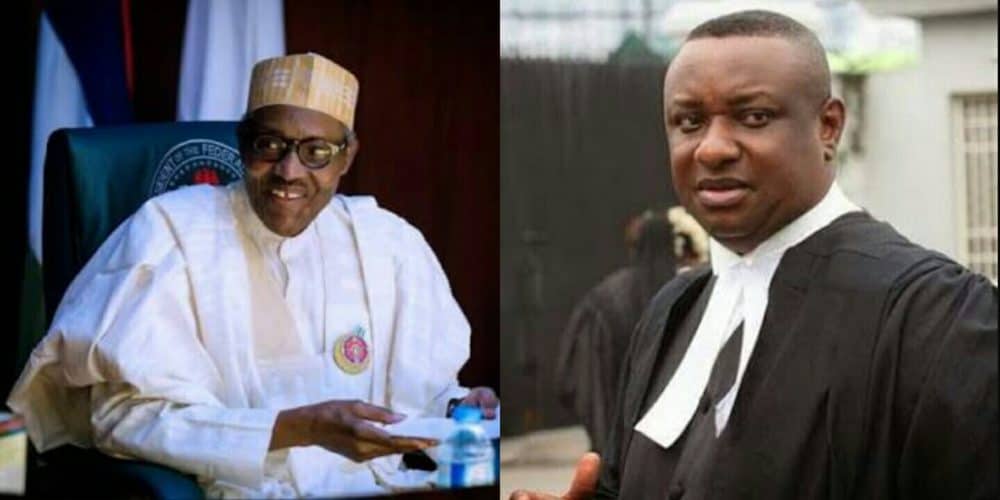 The All Progressives Congress presidential campaign council has distanced itself from certain reports urging international bodies to convince Atiku Abubakar against going to court to contest the result of the 2019 presidential election in the country.

It says such letters to the international community never originated from it, adding that it even encourages following legal processes to address any perceived grievances.

Naija News recalls Atiku, the candidate of the Peoples Democratic Party had vowed to contest the presidential election results in court, saying the process was rigged in favour of APC and Buhari.

A statement on Tuesday by Festus Keyamo official spokesperson of the APC Presidential Campaign Council noted that those writing the letter are entitled to their opinion but it doesn’t represent the official position of the party.

Our attention has been drawn to some news item and posts on social media reporting that we wrote a letter to some international bodies to prevail on Alhaji Atiku Abubakar not to proceed to court to challenge the result of the 2019 Presidential Election result.

Our official position is that we believe that Alhaji Atiku Abubakar has a constitutional right to seek redress in court and we do not seek in any way to curtail that right. In fact, it is the resort to court that is the only democratic way to ventilate his perceived grievance and any attempt to restrict or discourage the exercise of such right would be an invitation to anarchy.

In addition, we are very anxious to meet Alhaji Atiku Abubakar in court in order to show the world in a conclusive manner the free and fair nature of the comprehensive defeat of Atiku at the polls. An election is not termed ‘rigged’ only by the mere claim of it by the loser. That is what Atiku and the PDP want to ram down our throats. Unfortunately for them, international, continental and sub-regional observers (who can be seen as neutral by all standards) ALL declared it to be free, fair and credible. No ego-massaging narrative can change that.

We therefore totally disassociate ourselves from the letter purportedly written by one of, perhaps, many support groups of President Muhammed Buhari. They may have a right to their opinion, but it does not represent our official position.