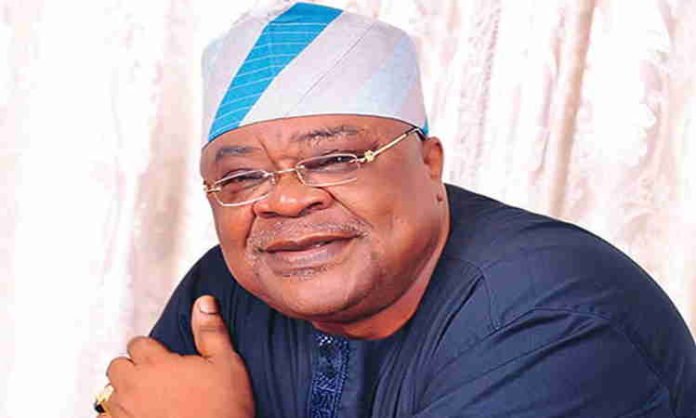 Naija News reports that Alao-Akala decamped to the APC after a rigorous meeting with the national leader of the APC, Bola Tinubu.

Naija News understands that Alao-Akala who is no longer a member of the Action Democratic Party (ADP), had on Thursday, February 28, visited the national leader of the party in the company of his wife, Oluwakemi Alao-Akala; his son, Olamiju and the Director General of his campaign, Wale Ohu, who visited the leader in his home in Bourdillon , Lagos and Nigeria’s commercial city.

While reacting to the allegation that he had returned to the APC, the former governor of Oyo state requested for a 24-hours to make a formal statement on the outcome of his meeting with the APC’s national leader.

“It is true. Both of us have been meeting and we will continue to meet. I will call you in 24 hours to let you know the state of things,” he said.

Sources revealed to Naija News that the meeting between the two parties was initiated by Tinubu after he realised that the Peoples Democratic Party  (PDP)’s Presidential candidate, Atiku Abubakar, won the presidential election in the state.

One of the sources revealed to this news platform that Ajimobi’s defeat showed that the people of Oyo State could vote against the APC candidate, Adebayo Adelabu in the upcoming governorship election.

“Tinubu and Alao-Akala met on Tuesday. Tinubu asked Alao-Akala, who has many supporters in Ogbomoso, to collapse his structure into that of Adelabu. We know that if Alao-Akala was in our camp, there was no way Atiku would have had such a good outing in Oyo State, especially Ogbomoso.

“The PDP governorship candidate, Seyi Makinde, is popular and he is also an Ibadan guy like Adelabu, which means that they will both split the votes in Ibadan. The APC will need to forge an alliance with elements in Ogbomoso to get an advantage,” the source said.