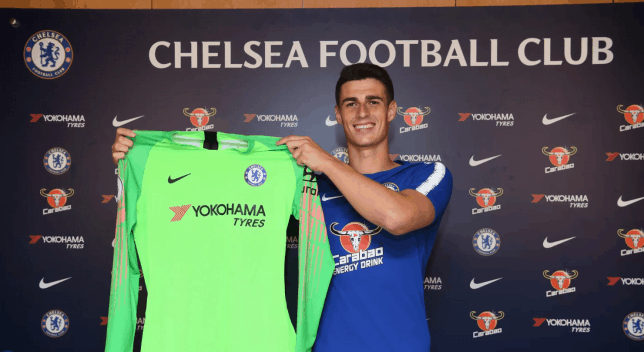 Former Chelsea star, Chris Sutton, has asked the Blues to sack goalkeeper Kepa Arizzabalaga, for refusing to come off during the club’s penalty defeat to Manchester City in the Carabao Cup final on Sunday.

Chelsea lost 4-3 to the Premier League champions, after 120 minutes of goalless football.

Late in the second half of extra time, goalkeeper Kepa Arizzabalaga went down injured and Maurizio Sarri called on Willy Caballero to replace him.

Arizzabalaga refused to come off, insisting he was okay.

The incident delayed play for a while before referee Jon Moss confronted Sarri and continued the game.

“That should be his last performance in a Chelsea shirt. He’s a disgrace. I’ve never seen anything like it.

“If I was Sarri I would walk. You cannot be undermined. Why weren’t the players dragging Kepa off anyway?

“Kepa should be sacked, not Sarri.”