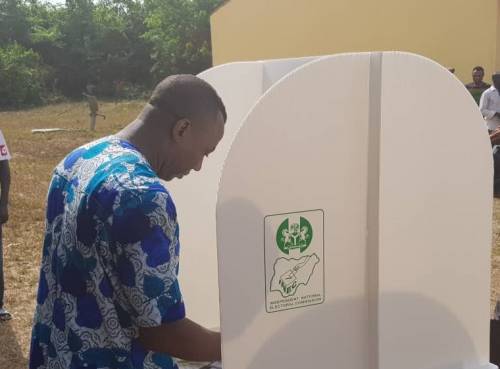 Mr Sowore said he was happy with the fact that accreditation and voting were held simultaneously, although the process was slow.

He commended the electorate for conducting themselves in an orderly manner.

“The process has been orderly but very slow. I have been on the queue for a long time now, we hope that things will be hastened up so that as many people as possible can vote, “he said.

Mr Sowore, an activist and former student leader, is the publisher of Sahara Reporters.

See the results of the National Assembly election in Mr Sowore’s polling unit.