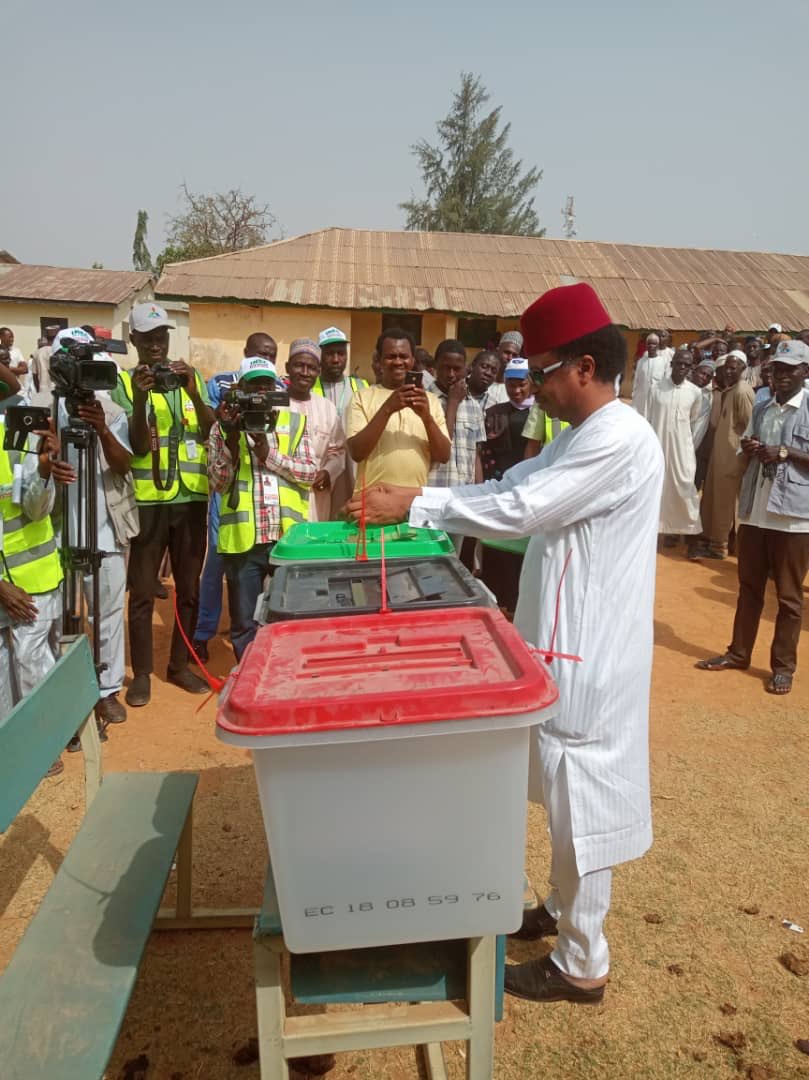 Shehu Sani is seeking re-election to the Senate under the Peoples Redemption Party (PRP) while Uba Sani is vying on the platform of the All Progressives Congress (APC).

He told journalists in the morning that he chose to vote at the unit instead of Tudun Wada where he usually vote due to proximity to his house.

After the count of ballots, Shehu Sani polled 51 votes setting him away from his rival, Uba Sani, who had 236 votes.

In other results, APC had 292 votes in the presidential polls while PDP polled 23.

The results of the polling unit was announced by Umar Sanusi, the Assistant Presiding Officer 1 for the unit.

Formerly a member of APC, Mr Sani defected to PRP at “dying minute” after failing to secure the party’s ticket.